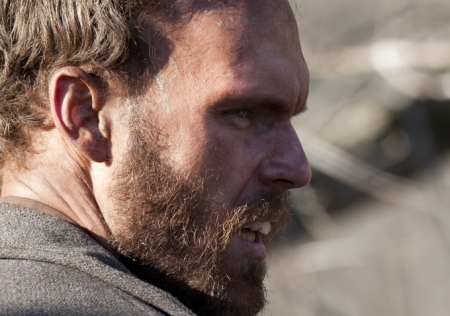 Child of God starring Scott Haze and directed by James Franco is an official selection of the 51st New York Film Festival. This news comes after annoucements that the film will make its world premiere at the 70th Venice Film Festival on August 31st and its North American premiere at the 2013 Toronto International Film Festival this September.

A brief of Child of God was released by The New York Film Festival, which reads:

“James Franco’s uncompromising excursion into American Gothic, adapted from Cormac McCarthy’s 1973 novel, about an unstable sociopath in early 60s rural Tennessee who descends into an animal-like state – not for the faint-hearted.”

The official synopsis for Child of God, which is based on Pulitzer winning author Cormac McCarthy’s novel, reads:

“Set in mountainous Sevier County, Tennessee in the 1960s, Child of God tells the story of Lester Ballard, a dispossessed, violent man whom the narrator describes as “a child of God much like yourself perhaps.” Ballard’s life is a disastrous attempt to exist outside the social order. Deprived of both his parents and a home, and with few other ties, Ballard descends to the level of a cave dweller, falling deeper into crime and degradation”